First, the Orleans Arena will be the host for the Western Athletic Conference (WAC) Men’s and Women’s Basketball Championships in 2011 and 2012, a major NCAA tournament.

The 8,500-seat Orleans Arena became a leading college basketball venue in 2006 when it hosted the Las Vegas Invitational, featuring a showdown between defending national champions Florida and Kansas.  Since then, the Las Vegas Classic has become an annual event each December featuring top college basketball programs.  In March 2009, the Orleans Arena hosted the sold-out NCAA West Coast Conference Championships.

The WAC decision two years in the making,  came down to two host cities, Las Vegas and Salt Lake City, with the unanimous nod to select Las Vegas by coaches and WAC management.

“It was the easiest and quickest decision we’ve made,” said Karl Benson, right, of the WAC, adding they want to become “long-term business partners with the Orleans.” 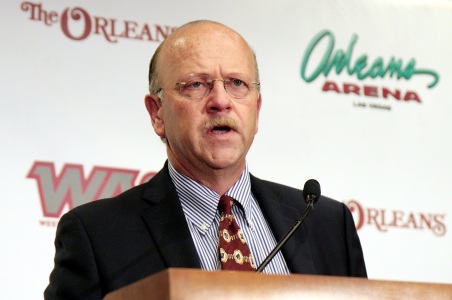 The neutral site afforded by Las Vegas overweighed any issues and concerns related to gaming and alcohol.

Tickets information will be provided at a later date.

Adding even more team interest in Las Vegas, earlier this year the WAC announced plans to hold its 2009 Volleyball Tournament at the Orleans Arena November 23, 24 and 25.

Further strengthening its reputation as one of Las Vegas’ leading sports and entertainment venues, the Orleans Arena also announced that it will host the Arena Football League 2’s ArenaCup 10 championship game on Saturday, August 22.

With more than 25 teams competing in its 10th anniversary season, the Arena Football League 2 (af2) showcases fans-friendly football across the country having more than 200 regular-season and 15 post-season games scheduled.  The current season began on March 20.

“We are excited to bring the ArenaCup to Las Vegas,” said af2 President Jerry Kurz, right. “Our owners saw the value in bringing our league’s showcase event to the biggest showcase city in the world.  Our fans will be treated to a unique, total entertainment experience from touchdown to takeoff.” 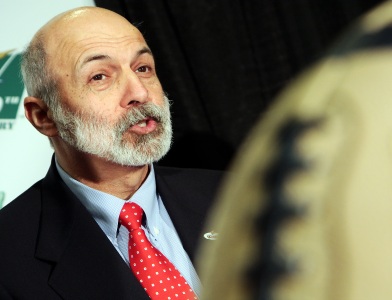 The decision to select Las Vegas was a unanimous decision from all 25 league owners.

Kurz might have also let the cat out of the bag, adding that they would like to have a team in Las Vegas and this championship game could be a precursor to that happening.  “We want to date before we get married,” said Kurz.

Ticket information is available by calling 702-284-7777 or visiting www.orleansarena.com