David Hasseloff, “The Hoff,” acclaimed singer and television demigod of such 80s TV hits as “Baywatch,” Knight Rider,” and “America’s Got Talent,” who turns 58 in July, attends his namesake’s Knight Rider Festival with other actors and producers of the series, riding up in a K.I.T.T. car to the cheers of thousands of his fans at the Fremont Street Experience in Las Vegas on March 18, 2010.  (Prior article on March 19 by Las Vegas Backstage Access.) 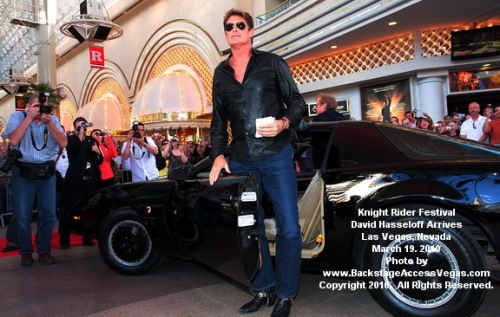